«Return to Blog List What Missing from This Ad?

October 21, 2010 by Casey Hibbard in Customer stories in advertising 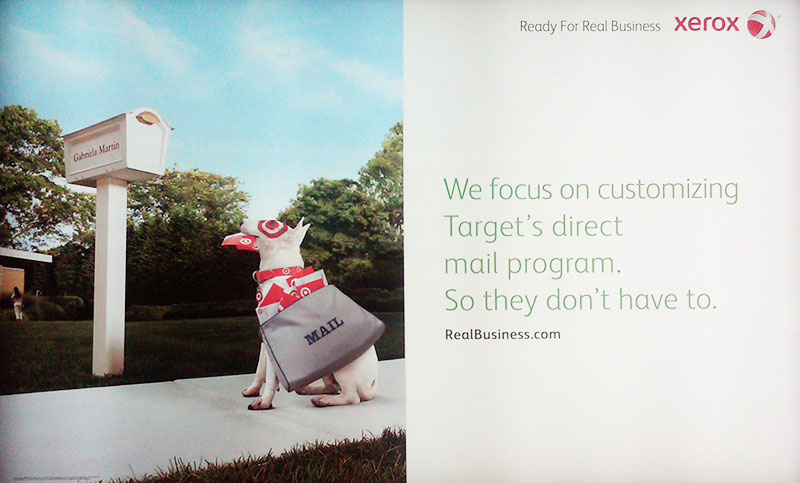 Walking through the Denver airport last week, I couldn’t help but notice the cute dog on this wall ad. After admiring the dog, I realized the Xerox ad features a customer, Target.

While Xerox uses what I would call customer marketing – featuring customers – the ad doesn’t quite achieve Success-Story Marketing.

1 – Tying the major Target name with Xerox adds credibility for the vendor, and educates us just a bit on how Target entrusts Xerox with its direct marketing.

For this reason, it works on some levels, but doesn’t go as far as it could.

I believe, to be truly effective, the ad has to show a successful resolution or outcome for the customer – or validation.

I’ve seen customer-focused ads that tell stories. It’s possible to do it in the small space of an ad – or even encourage people to see the full story online.

Here’s how SAS featured the results of 1-800-Flowers (not sure where this appeared):

Granted, the graphics aren’t as engaging as the Xerox ad.

What do you think? Maybe in the brisk, walk-by airport setting, an ad can’t convey much, and the Xerox ad accomplishes at least credibility. Or, do you think Xerox should have gone a step further and mentioned a specific result?

3 Responses to What Missing from This Ad?

Number of items in cart: 0